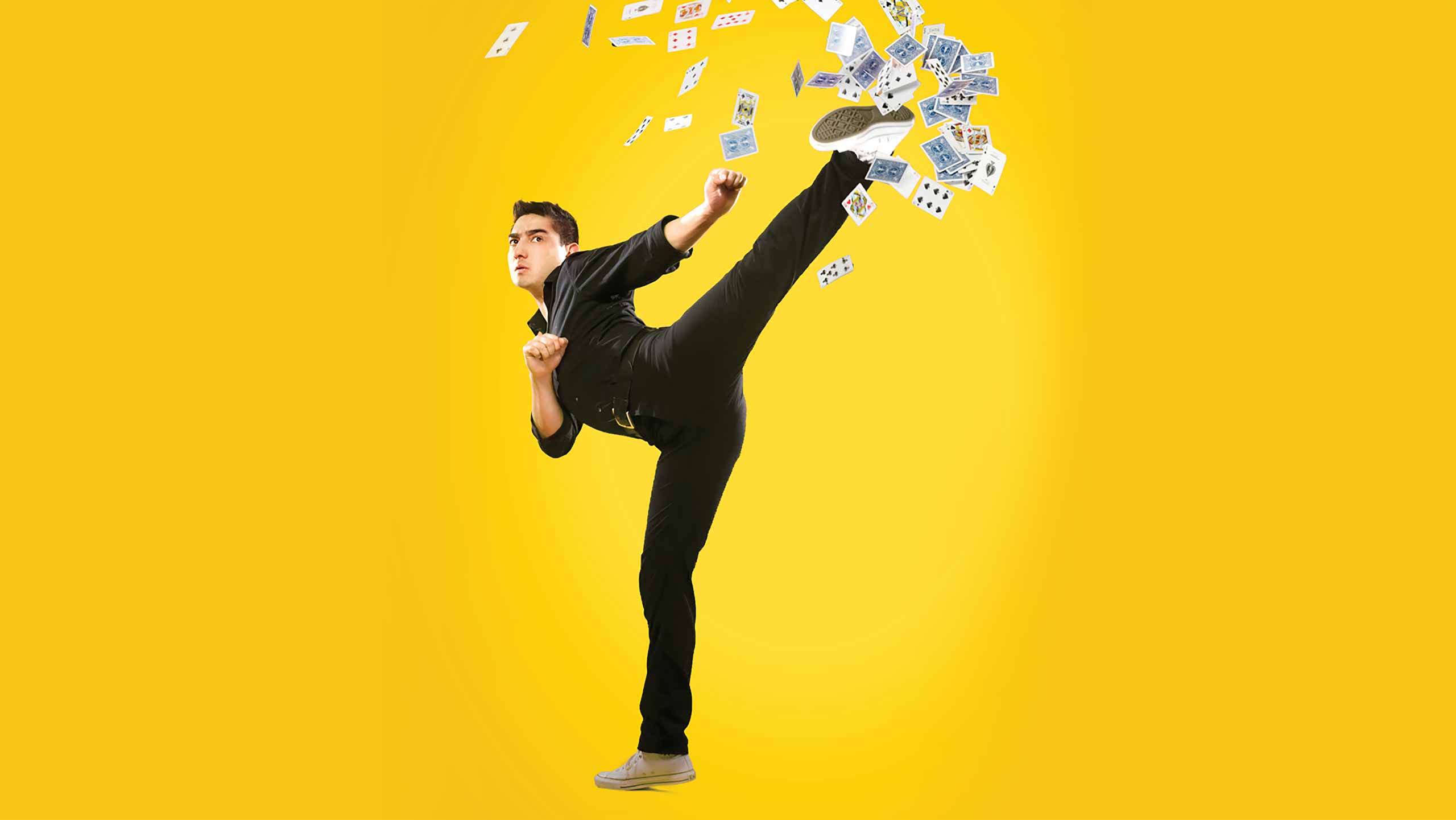 ★★★★ "Flips the whole concept of card trick on its head."

★★★★ "Jarquin draws in his audience like an industrial magnet."

Following his journey from mild-mannered card player to silent assassin, Card Ninja is a one-man variety comedy show with upbeat humour for anyone who's ever been a little bit Ninja.

The show is always comedic but it is Javier's ability to make cards do his bidding that wins you over completely, especially as there is no sleight-of-hand or trickery involved in his increasingly impressive feats.

This edge of seat show is not to be confused with the CardNinja app, which replaces your wallet with your mobile. You should only use that to buy tickets for all your friends to see the real Card Ninja. He's ace. All five of them.

The GC at The German Club 223 Flinders Street Adelaide

2018 Music Program at The GC - a brilliant multi-space performance hub for the Adelaide Fringe - the biggest, fastest-growing hard-top venue in the festival.

Cabaret, Comedy, Theatre & Magic - The GC is a brilliant multi-space performance hub for the 2019 Adelaide Fringe.

Cabaret, Theatre and Dance at The GC is a brilliant multi-space performance hub for the 2018 Adelaide Fringe - the biggest, fastest-growing hard-top venue in the festival

The Venue - The GC Adelaide

The venue boasts an 700-seat Showroom, spacious foyer, great bars, kitchens and food service areas and lift access. There will also be a forecourt bar giving great street presence, with good on-street parking all within the East End heart of the Fringe.

News and Reviews from The GC Adelaide 2018 Fringe

Reviews of performances at the GC during the 2018 Adelaide Fringe along with the latest news updates before during and after the event will appear here.

Here we are for the fourth year with a bunch of winning shows in a lovely venue with a/c, porcelain loos, indoor bars and dining, lovely staff, great sponsors and a jar of lollies in our office.

All tickets through FringeTix.
Advance purchase only. No door sales.
A COVID Safe event.

The GC Grand Central in 2021 was supported by Restart Investment to Sustain and Expand (RISE) Fund – an Australian Government initiative.